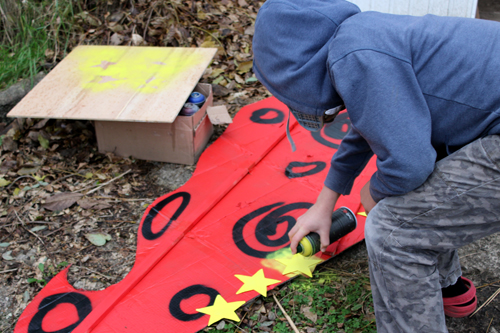 While I’m far from ready for Christmas, there is someone in my house that’s all geared up and getting very excited indeed. This weekend, Lil’ L’s been busy rehearsing for his part in the school pantomime (he’s playing one of the seven dwarfs), and he also got to work transforming his bed into a ‘Super Sleigh’!

He was recently invited to take part in a competition by Mattress Online and, after initially concerned that he might be getting too old for this kind of thing, he had a complete change of heart when he woke one morning brimming with ideas of how he could turn his bed into a sleigh. He couldn’t wait to start sketching his plans. Breakfast could wait. 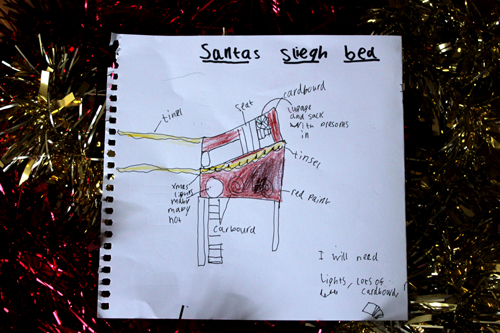 This weekend, he got to turn his plans into reality. There was lots of cardboard cutting, followed by spray painting of the sleigh and stars. 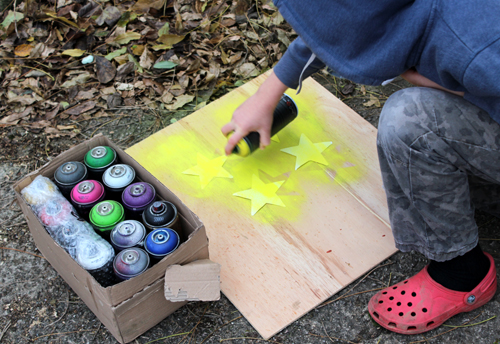 As he was spraying the stars, he realised he could used them as a template for spraying on the sleigh itself.

It was a pretty cool effect! 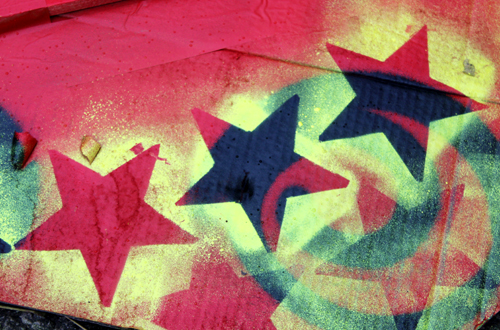 Next he got to work making cardboard reindeer, which he based on his sketches. 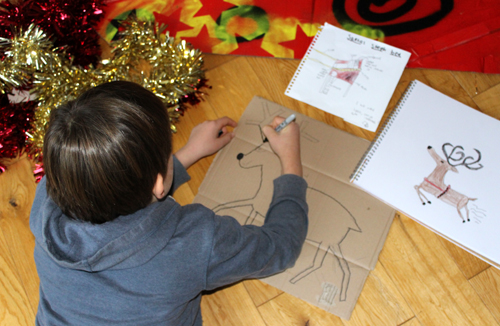 Once his sleigh was dry, it was a case of tying it to the side of his bed… 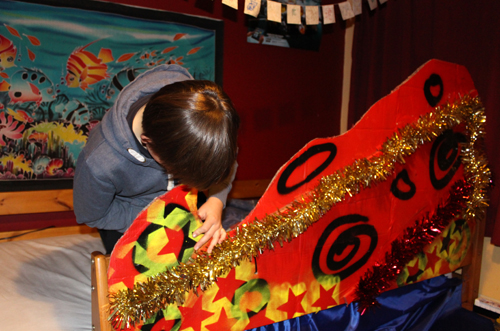 … and tying on the reindeer and tinsel. 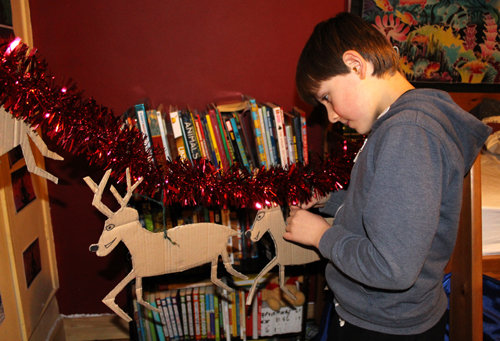 I love the shadows they create on his wall. If you tap the tinsel, it looks like they’re flying and dancing. 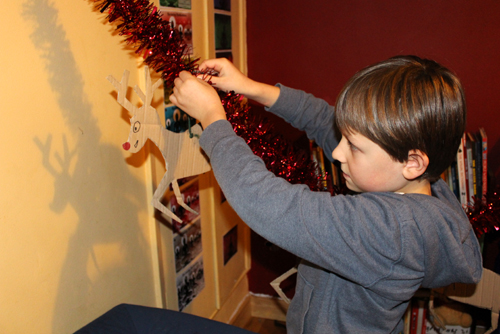 All assembled, it was time to fly! 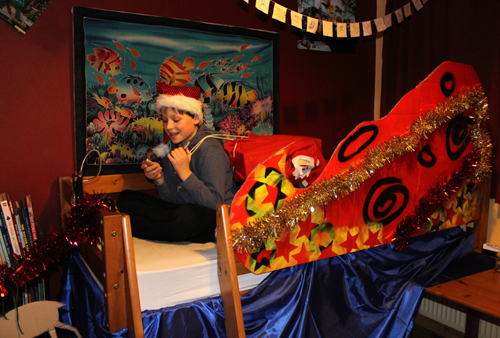 Here’s Lil’ L to explain how his ‘Super Sleigh’ works…

“My super sleigh has massive rocket boosters on it that can make it travel at the speed of light. The boosters and the steering are controlled by a small remote control which fits into a pocket on the side of the sleigh so I don’t lose it. At the back is a sack full of presents, blankets to keep warm on a cold night and plenty of food. The sleigh has a button that makes santa and the sleigh invisible so that no one can see it. The reindeers also disappear.

The sleigh has a clock which tells the time of day or night wherever the sleigh is so it always arrives on time. It also tells the temperature so Santa knows when to get the blankets out. The sleigh can land on any size roof, even really small ones and doesn’t need snow. The sack is magic and can hold thousands of presents. There is room for a few elves to help out. When all the presents have been delivered I can go to sleep because it’s also a bed”.

and on building the sleigh….

“I built the sleigh out of bits of cardboard that i taped together to make a really big piece. Then i drew a sleigh shape and cut it out with some help from my Dad. I then sprayed the sleigh red and did some swirly patterns on it to make it more interesting. I cut out some stars and used them as stencils for spraying. I like the way they came out. They look like magic dust and stars under the sleigh. I attached the sleigh to my bed with some zip ties.

I looked up some pictures of reindeer on the internet and then i drew an outline on cardboard and cut them out. There are three that pull the sleigh along on a bit of red tinsel. The reindeer at the front has a red nose. That one is Rudolf.

I really enjoyed making my sleigh and I’m going to keep it for the whole of Christmas so that I can sleep in it every night. I’ve never had Christmas decorations in my bedroom before and i think they look really good!” 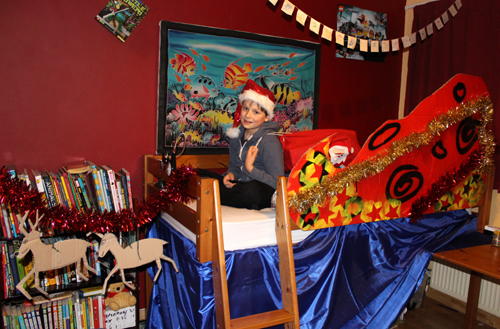