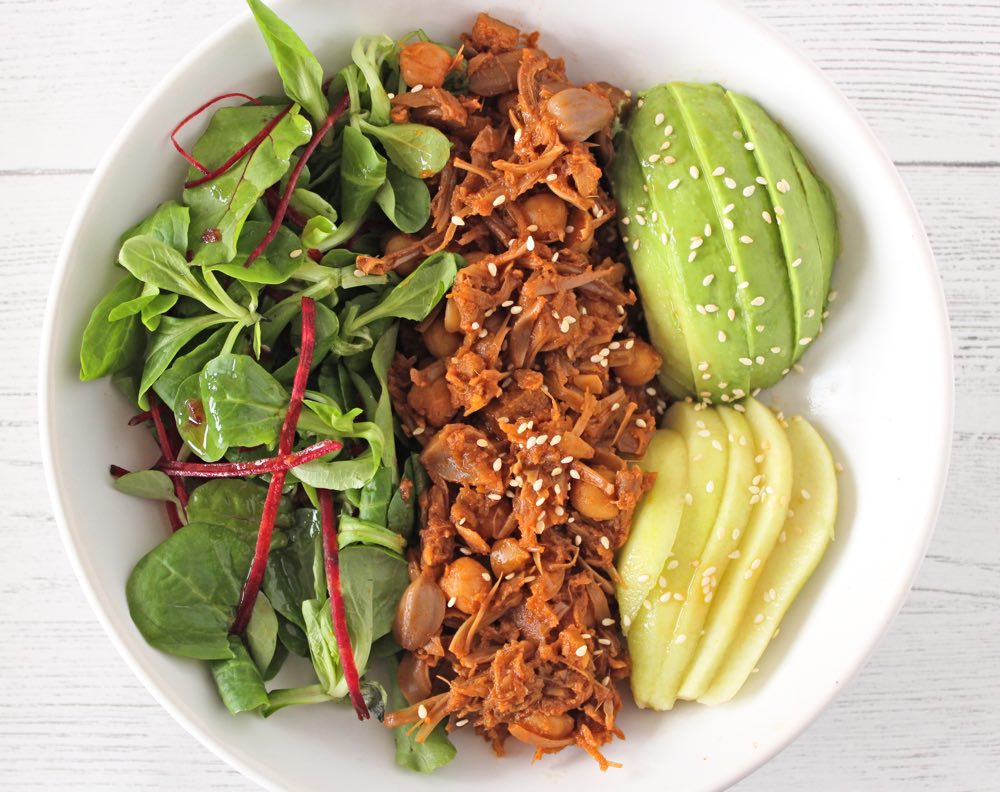 In today’s post, I’m sharing a recipe for a delicious, meat-free alternative to the traditional Korean dish known as ‘Bulgogi’. It’s simple to make and highly versatile too. So far, I’ve served it in salad bowls and as a sandwich filling, however I also think it would be great for filling tacos and tortilla wraps, topping pizzas and for serving in ‘Buddha bowls’ along with sticky rice and wok-fried greens. This Jackfruit Bulgogi has been a big hit with my family and I hope you enjoy it too!

I first came across the recipe for Jackfruit Bulgogi in July’s edition of the Vegan Life magazine. I must admit, I’d never heard of Bulgogi before, but a search on Wikipedia soon enlightened me. It turns out that Bulgogi is a Korean dish consisting of thinly sliced beef which is marinated in a mixture of soy sauce, sugar, sesame oil, garlic, ground black pepper and other ingredients such as ginger, onions and mushrooms. The marinated meat is traditionally grilled (hence the Korean name Bulgogi – ‘Fire meat’) though, in more recent times, pan-cooking has become popular too. 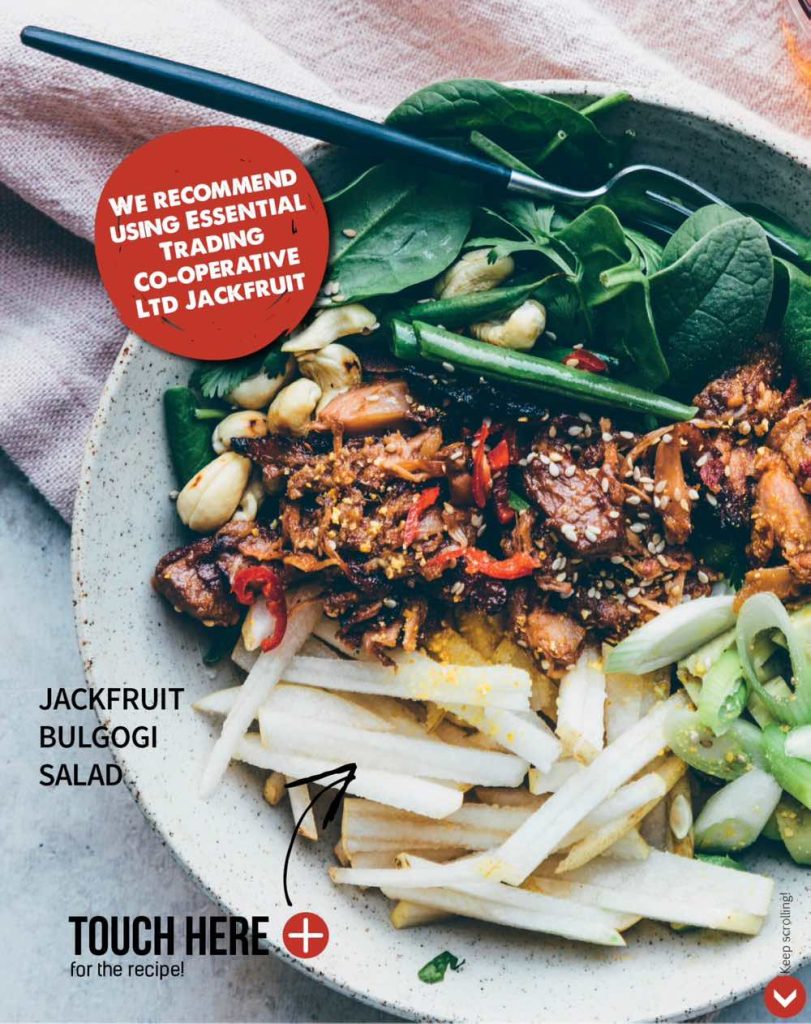 The shredded appearance of jackfruit and its ability to soak up marinades makes it a great alternative to beef when making a plant-based version of Bulgogi. You could simply use two cans of drained jackfruit in this recipe or, as I tend to do, substitute one of the cans for chickpeas. Not only do the chickpeas taste delicious coated in the marinade, but they also add extra nutrients to the dish, including a healthy dose of protein and iron. As an added bonus, they’re often much cheaper than cans of jackfruit, so a great budget-friendly option too! 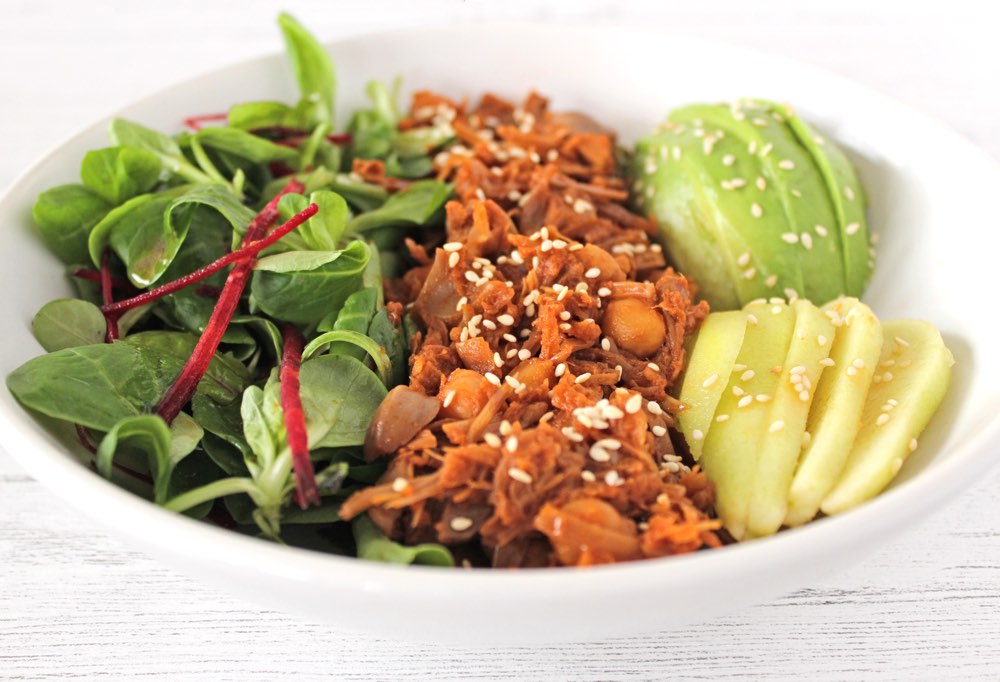 The recipe in the Vegan Life magazine included Korean gochujang chilli paste or sriracha in the Bulgogi marinade; however to make the recipe family-friendly (and palatable to spice wimps like me!) I chose to forgo the chilli and substituted it with some tomato puree (paste) instead. This switch worked really well and added to the flavour of the marinade but, of course, if you’re a chilli fan feel free to add the gochujang back in. 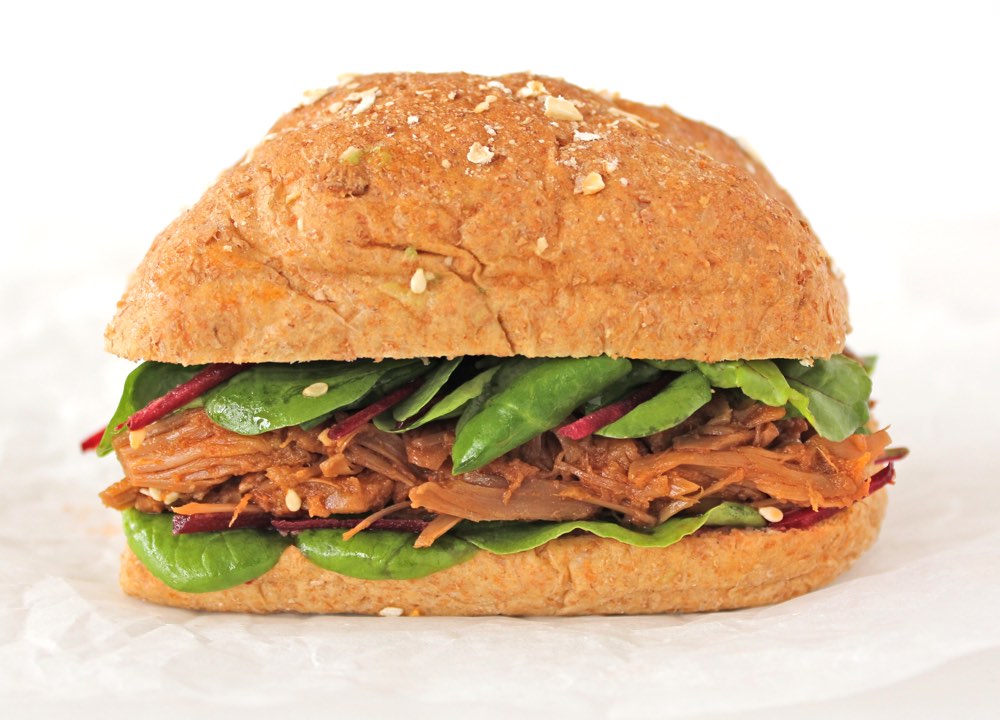 This plant-based version of the traditional Korean dish ‘Bulgogi’ has a deliciously rich, savoury flavour. It’s a highly versatile dish and can be used myriad ways. Inspired by the recipe that featured in the Vegan Life magazine, we’ve been serving it warm with a green leafy salad, slices of creamy avocado and crisp, sweet pear as a light dinner option. Leftovers make a great sandwich filling for school and work lunchboxes. Next up, we’re looking forward to trying the Jackfruit Bulgogi as a filling for tacos and tortilla wraps, a topping for pizzas and in ‘Buddha bowls’ with sticky rice and wok-fried greens.

Method
1. Whisk together the ingredients for the marinade.

2. Place the drained jackfruit in a bowl. Using your fingers, massage the jackfruit to break it up. Pour on the marinade and continue massaging the jackfruit until it is fully coated. Add the chickpeas to the bowl and stir through to coat in the marinade.

3. Heat a large non-stick frying pan (skillet) on medium-low heat. Add the jackfruit and chickpeas. Cook for about 15 minutes until warmed through, stirring now and then. If the pan starts to dry out too much, add a splash of water.

5. Arrange the salad leaves, jackfruit and chickpeas, avocado and pear slices in bowls. Sprinkle on the garnish and serve.

6. Any leftover Bulgogi can be stored in an airtight container in the fridge for up to five days. 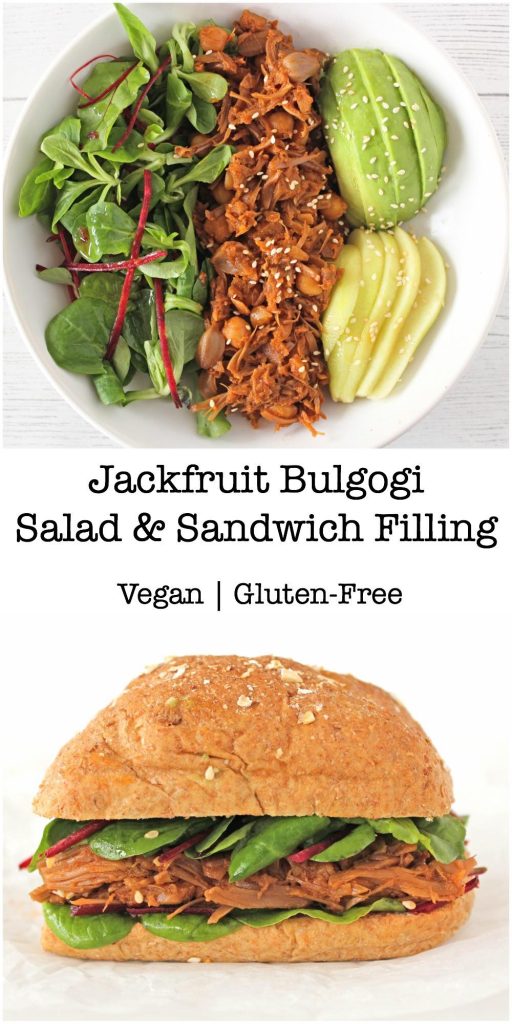 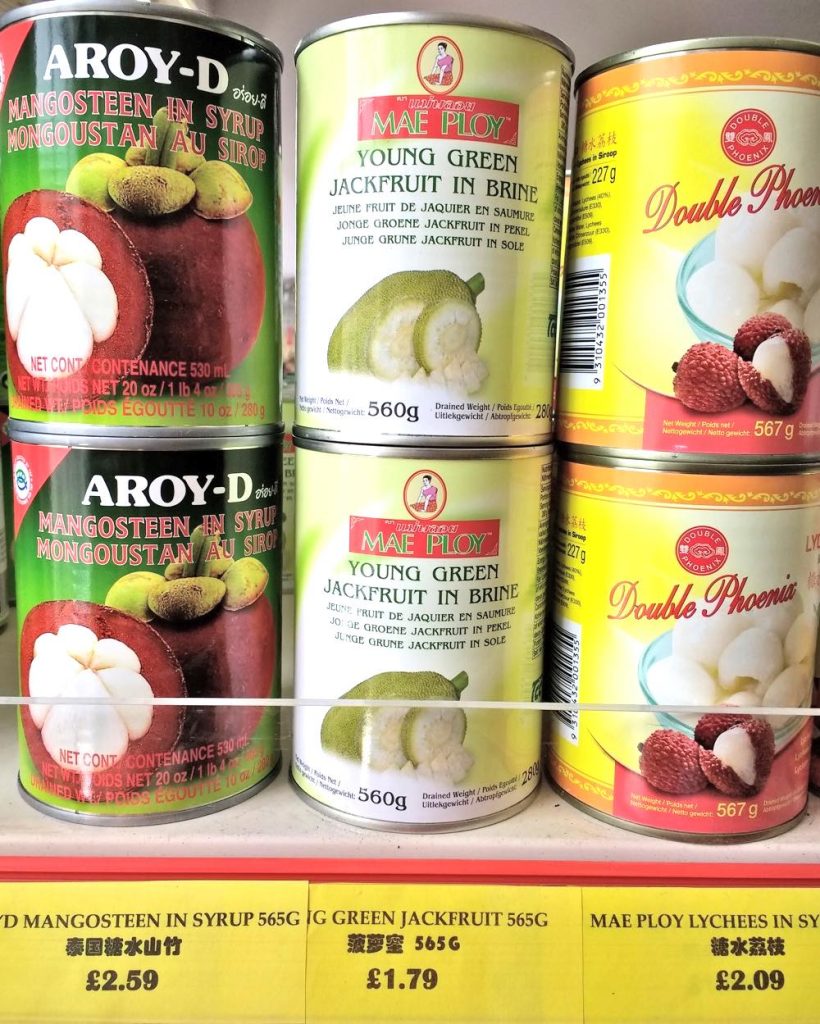 My New Favourite ‘Cheat’ Ingredient
I love using garlic and ginger in my cooking, but I’m less keen on the amount of time it takes me to press, grate and wash up the gadgets (especially the garlic press!) I recently discovered KTC Minced Ginger and Garlic Paste and it’s saving me so much time, hassle and washing up. It’s a great price too – around £1 for a 210g jar. I buy it from Sainsbury’s (on the world food aisle). 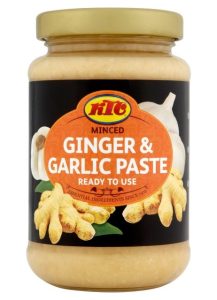 Do you have any ‘cheat’ ingredient recommendations? I’d love to hear them!

Also, if you make this Jackfruit Bulgogi recipe, I’d love to hear your feedback and any suggestions for adaptations. Tag your photos with #bitofthegoodstuff on social media and they’ll find their way to me. You can also connect with me on my social media channels here: Instagram, Twitter, Facebook, Pinterest.