I originally posted our Pecan Topped Banana Bread on the blog way back in 2015 and, to this day, it remains our family’s favourite banana bread recipe! It has a beautiful soft texture (definitely more cake-like than bread!) and cinnamon-spiced flavour. I especially love the pecan topping which adds a tasty crunch to every mouthful.

END_OF_DOCUMENT_TOKEN_TO_BE_REPLACED

* This recipe was originally posted in March 2015. The page was updated in October 2019.

Have you ever tried making your own energy balls? It’s so easy! You simply throw all the ingredients in a food processor, whizz for a few seconds then shape the mixture into balls. It couldn’t easier!

What I especially love about these balls is that they taste decadent, yet they’re packed full of nutrient-rich ingredients that are not only going to increase our energy levels, but also boost our health in general. Each ball is filled with protein, heart-healthy fats, complex carbs, fibre, plus a whole host of minerals and antioxidant compounds. It’s amazing just how much goodness you can fit into one little ball!

END_OF_DOCUMENT_TOKEN_TO_BE_REPLACED 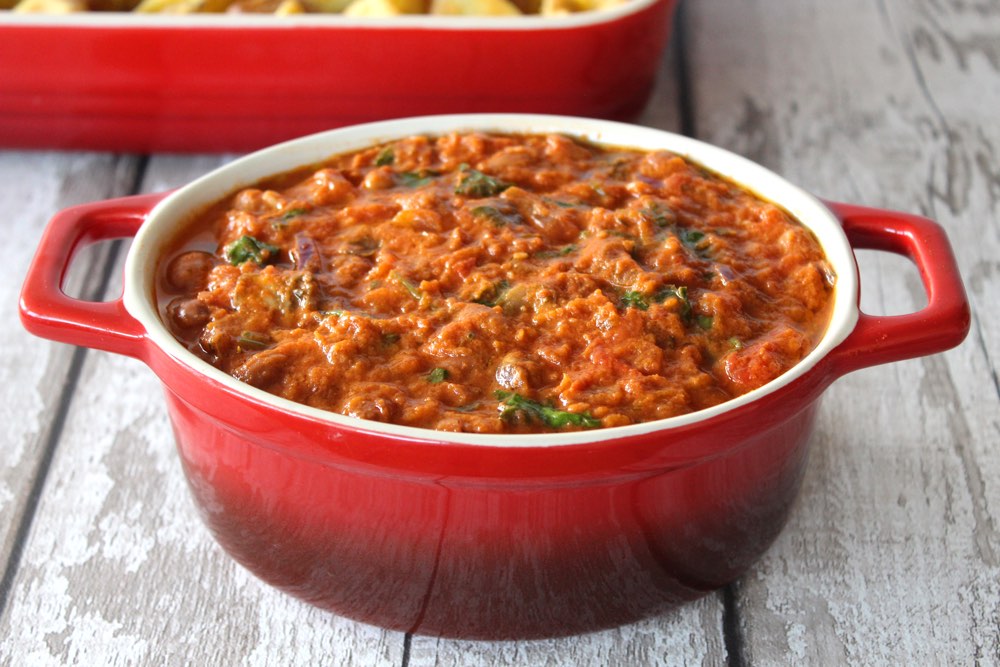 The clock’s have gone back, the evenings are drawing in, and the air is fresh and crisp. I love the beauty of the Autumn season; the changing colours of nature’s palate and crunching my way through piles of golden horse chestnut leaves. The cold and extra layers of clothing… I love less so; but I’m working on it. What makes the foray into the cold that much sweeter however, is the return home to a hearty, warming dinner.

END_OF_DOCUMENT_TOKEN_TO_BE_REPLACED 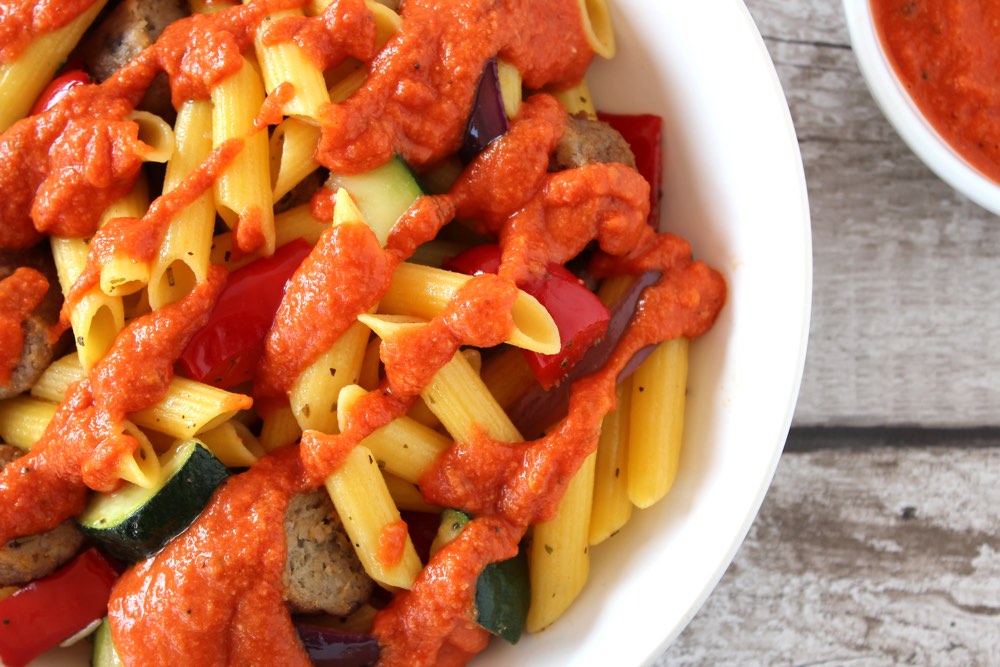 In today’s post, I’m sharing a recipe for a pasta dish that features colourful roasted veggies and chunks of sausage, coated in a delicious red pepper sauce. It’s easy to prepare and makes a great weeknight meal.

The mojo sauce really is the star of this dish, and takes it to a whole new level of deliciousness. I first discovered this sauce in a supermarket in La Palma, and it was just perfect for brightening up our simple home-cooked veggie meals. Back home, I’d been dreaming about this sauce and finally, nearly a year later, I set to re-creating it. END_OF_DOCUMENT_TOKEN_TO_BE_REPLACED 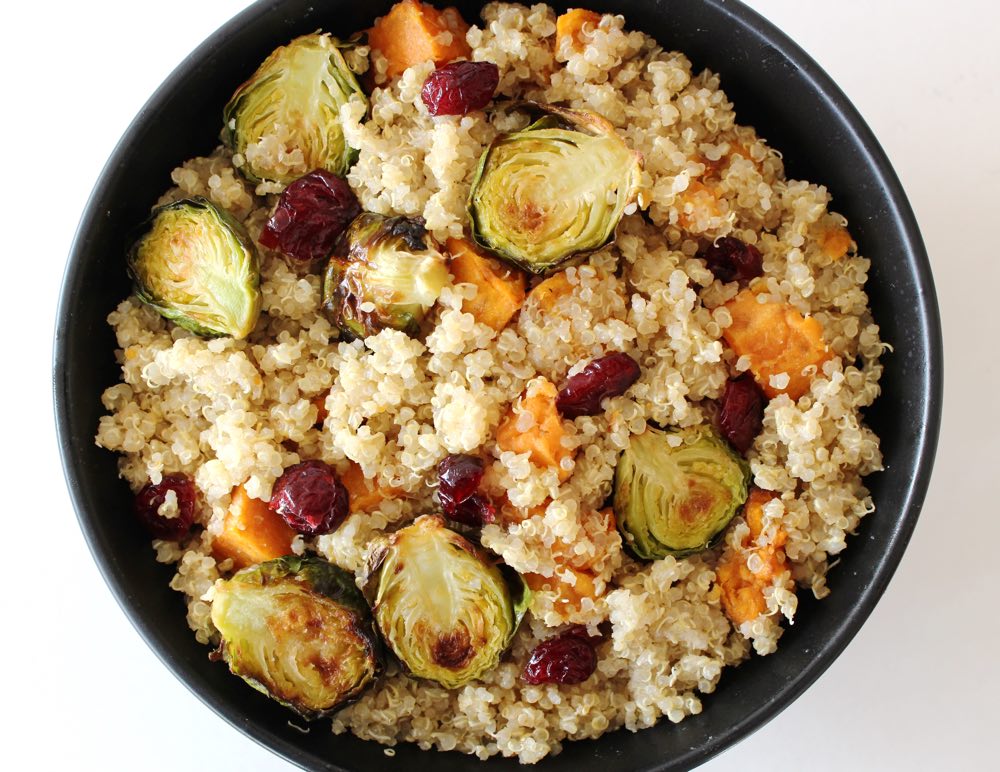 In today’s post, I’m sharing a recipe for a delicious quinoa bowl that’s just perfect for serving this time of year. It features roasted veggies, dried cranberries and crunchy pumpkin seeds, topped with a sweet balsamic glaze. We’ve been enjoying it as a light evening meal, with leftovers served for lunches later in the week. It can even be served cold, and Lucien’s been taking it to school in his lunchbox.

I must admit that I never used to be a fan of quinoa. I found the texture and flavour of plain quinoa quite strange and not particularly appealing. However, I discovered a couple of key steps that make it much more palatable…

END_OF_DOCUMENT_TOKEN_TO_BE_REPLACED 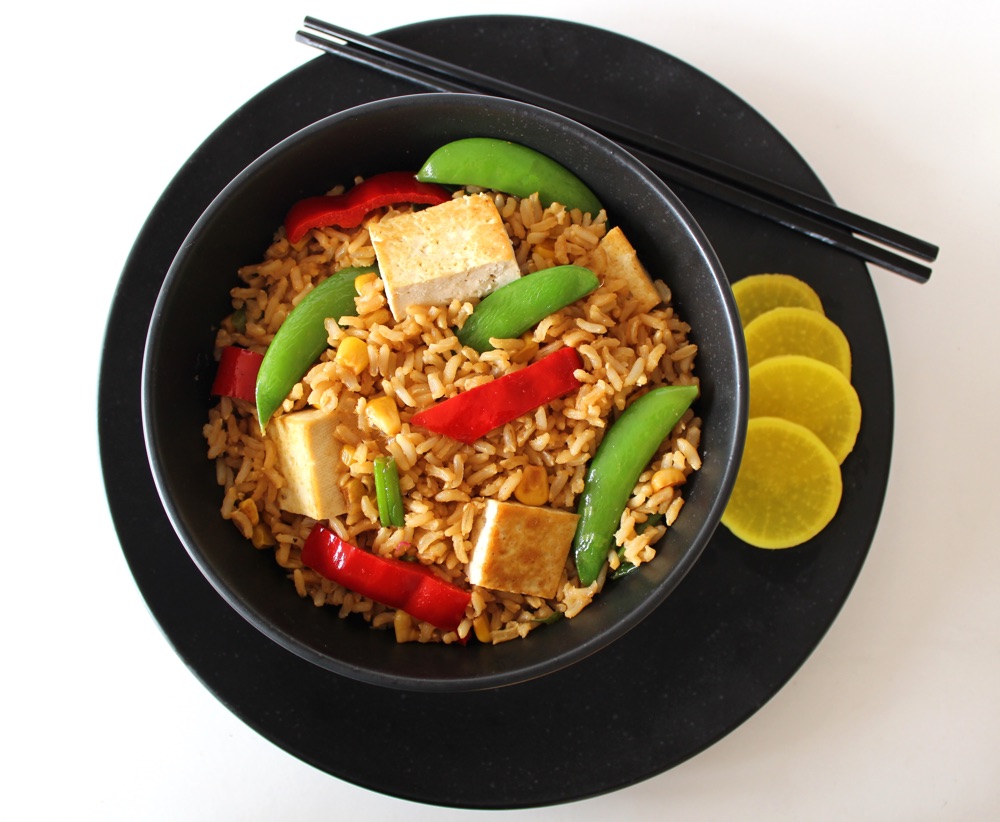 In early Summer, my family were eagerly anticipating a trip to Wagamamas. On the way there, we psyched each other up, talking about how much we were looking forward to tucking into our favourite Wagamama dish – the Yasai Cha Han Donburi. Upon arrival, the waiter showed us to our seats and handed us the menu. Our eyes immediately moved to the spot where the dish is usually listed, but it wasn’t there. We scanned both sides of the menu but it was nowhere to be seen. We called over the waiter and he explained that they had a new summer menu. Sadly, the Yasai Cha Han Donburi hadn’t made the cut.

Has that ever happened to you? Where you’re looking forward to tucking into your favourite dish at a restaurant, or you specifically go to that restaurant because you’re craving a dish… only to find that it’s been taken off the menu. It’s happened to my family a few times and it’s always such a bummer.

Well this time, I decided to look on the bright side. I’d been meaning to try my hand at making the Yasai Cha Han Donburi at home for a while, and now was the perfect opportunity. I could still remember what the bowl tasted like and its main components, so I set to work re-creating it.

One of my favourite parts of the bowl is the flavouring added to the rice, so I really wanted to nail this part. I chose to use two of my favourite pantry staples as the basis of the dressing – Clearspring Organic Tamari Sauce and Meridian Organic Toasted Sesame Oil. The tamari provides the ‘umami’ flavour, while the toasted sesame oil add a touch of smokiness. I then added a tablespoon each of maple syrup and rice vinegar for some ‘sweet ’n’ sour’ flavour, and finished it off with a sprinkling of garlic granules. I was extremely happy with the way the dressing turned out. For me, it’s the perfect compliment to a Japanese-inspired rice bowl.